About Colorado Rising and PROPOSITION 112

A growing body of public health research shows that living too close to fracking operations, especially less than 1/2 mile, is a serious risk to health and safety.

Grave risks clearly linked to the toxic emissions from fracking include cancer, respiratory problems, endocrine disruption, low birth weight babies, birth defects, high infant mortality and more. Over 1,300 peer reviewed public health studies have shown negative health and safety impacts from fracking too close to people, which is why states like New York and Maryland and countries like Ireland, France and Germany have banned it outright. Fracking fouls our air, water and climate and deteriorates home values. Over 2,200 complaints have been filed with the COGCC since January 2015, and stories continue to emerge about people living by fracking whose health and quality of life are being ruined. There have been at least 17 oil and gas related explosions in the last year and a half since the Firestone home explosion, several of which have killed or severely burned workers and residents.

Colorado Rising was started by local people and grassroots groups across the state who are dedicated to protecting our communities from the hazards of oil and gas development and fracking to public health and safety. Click here to see the growing number of endorsing organizations and community leaders who are taking a stand for Coloradans’ health and safety over fracking.

The latest study by Physicians for Social Responsibility

Video Essays on Oil and Gas

Multimedia journalism by The Story Group

What PROPOSITION 112 Would HAVE DoNE

In 2018, we worked to pass a statewide statutory law that would’ve established common sense buffer zones between fracking and occupied buildings – like homes and schools – and areas of special concern – like playgrounds and drinking water sources.

Since health studies show harmful effects to people within a ½ mile of fracking operations, the ballot initiative would have established a buffer zone of 2,500 feet (almost ½ mile) from these operations and occupied buildings or areas of special concern.

Join us in protecting the health and safety of all Coloradans

Fracking is harming much of what we all love about living in Colorado and why so many people like to visit – the fresh air, clean water, beautiful landscapes and a safe place to raise our families.

I want to protect Colorado 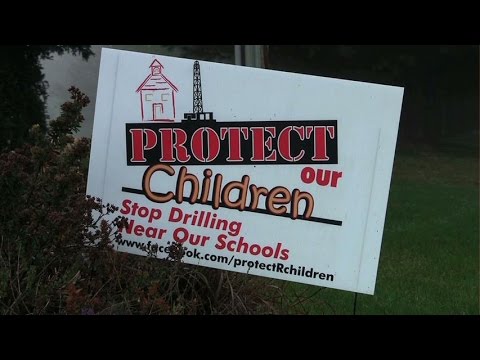 Colorado Rising formed to protect our communities from the dangers of fracking. A statewide ballot initiative to protect our health and safety is badly needed.

Here’s why: Currently, fracking operations are allowed to take place just 500’ from a home and 1,000’ from a school building (and right by school playgrounds). The industry has shown blatant disregard for public health and safety, and the current state regulatory body – the Colorado Oil and Gas Conservation Commission (COGCC) – has not provided responsible protective regulatory oversight to prevent inappropriate siting of toxic fracking operations adjacent to homes, schools and water sources.

Around 2010, five Colorado communities passed local initiatives to place local moratoria or bans on fracking in their city limits.

The Colorado Supreme Court sided with the Colorado Oil and Gas Association and overturned the community protections, ruling that the State has pre-emption.

People fought for 2 statewide ballot initiatives (75 and 78) that would have allowed local community control of fracking and increased buffer zones between occupied buildings and special areas to 2,500 feet. In just 3 months, these 2 initiatives together garnered over 200,000 signatures and nearly made the statewide ballot (despite the fracking industry spending over $14M in slick PR campaigns against the initiatives).

In 2016, the initiatives missed placement of the initiatives on the statewide ballot because the Secretary of State’s Office rejected too many of the signatures for pedantic reasons, dropping the petition signers just below the required number.

Despite this disappointing setback, the movement to protect our communities from fracking has continued to grow and build support for a successful initiative effort in 2018. The Colorado Appeals Court ruled in the Martinez vs. COGCC decision that the state’s Colorado Oil and Gas Conservation Commission (COGCC) must protect health and environment before permitting oil and gas drilling, siding with Xiuhtezcatl Martinez and other youth plaintiffs, saying the protection of public health and the environment is “a condition that must be fulfilled”.

In a shocking move, the COGCC and Colorado’s Attorney General filed to appeal that decision.

April 17, 2017 – An Anadarko well which had an open gas line venting gas under a house in Firestone caused it to explode, killing two brothers-in-law, Mark Martinez and Joseph Irwin III, and seriously burning a mother and local teacher, Erin Martinez. Fortunately the child in the home survived by jumping from a second story window.

Colorado Rising, which is comprised of many of the grassroots groups and activists who worked hard on the 2016 effort and many new allies, launched a 2018 ballot initiative effort armed with all the knowledge acquired last time, and thanks to incredible volunteer efforts we made the 2018 ballot with Proposition 112!

OUR MISSION STATEMENT:  Colorado Rising is a statewide grassroots coalition of people and organizations working together to protect our communities from the dangers to public health and safety of fossil fuel operations – from extraction to combustion, to promote the transition off fossil fuels, and to protect our environment for future generations.  Colorado Rising engages in community empowerment, education, litigation and policy efforts to support the growing public demand for protection for our communities from the serious impacts of fossil fuel activities on public health, safety, our environment and global climate.

There is still much to be done, and now is the time to get involved to help us win. We need volunteers with all talents, so if you care about the health and safety of all Coloradans, please join us.